While there's a pretty wide array of characters that could enter the Marvel Cinematic Universe after the Disney/Fox deal, fans are especially excited to see how Wolverine is adapted. It might be years before we actually see what that looks like, but new pieces of art are creating a pretty awesome take on what that could look like. Art from Jason Pastrana, who served as a concept artist for Disney from 2015 to 2017, recently went viral, which showcase potential designs for a new live-action Wolverine. After sketching multiple different designs for his mask, Pastrana then shared a full-length take on the character.

Wow. The response to the recent wolverine piece has been overwhelming. I should've known marvel fans are opinionated and passionate. Here are some quick thumbnails of different mask ideas per some of the feedback. . #marvel #marvelanimation #xmen #wolverine #comics #comicart #illustration #characterdesign #conceptart #superhero #costume #fanart #disney #digitalpainting 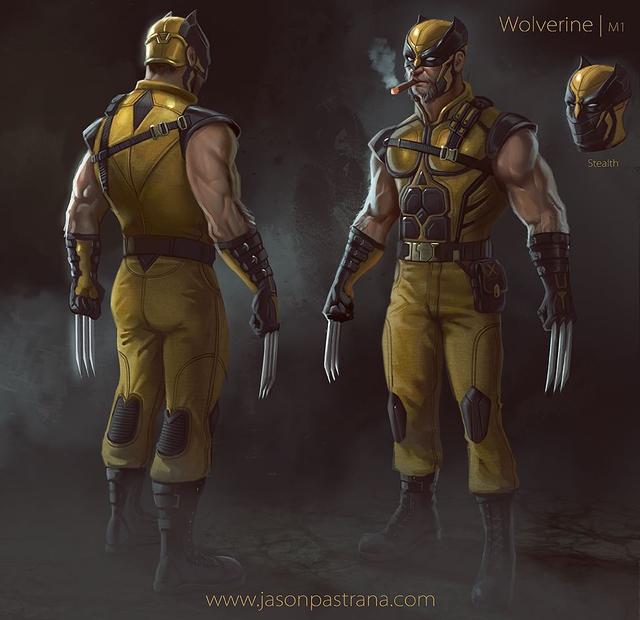 The nature of recasting Wolverine for the MCU is certainly interesting, especially considering the decades that Hugh Jackman spent playing the role in Fox's movies.

"Hugh, just the physicality of it all, just to bulk up,” X-Men producer Lauren Shuler Donner explained during a previous panel appearance. “This man worked so hard to bulk up, would get up at four in the morning to bulk and eat protein meals every two hours because his natural state, they used to call him Worm when he was a kid. So his natural state is a very skinny guy. Once you reach a certain age, the body just won’t go anymore. I think he was wise to say, ‘I’m at that point. I can’t do it.’ Now, that doesn’t mean he can’t come back as older Wolverine. You never know. Future Wolverine, you never know."

“It’s interesting because for the whole 17 years I kept thinking that [Wolverine joining the Marvel Cinematic Universe] would be so great," Jackman explained in a 2017 interview. "Like I would love to see, particularly, Iron Man and the Hulk and Wolverine together. And every time I saw an Avengers movie I could just see Wolverine in the middle of all of them like punching them all on the head. But it was like, 'Oh well, that’s not gonna happen.' and it was interesting just when I first saw that headline — it was just the possibility of it and who knows what’s gonna happen, obviously — I was like, “Hang on!” But I think, unfortunately, the ship has sailed for me, but for someone

Who do you want to see play Wolverine in the MCU? Share your thoughts with us in the comments below!